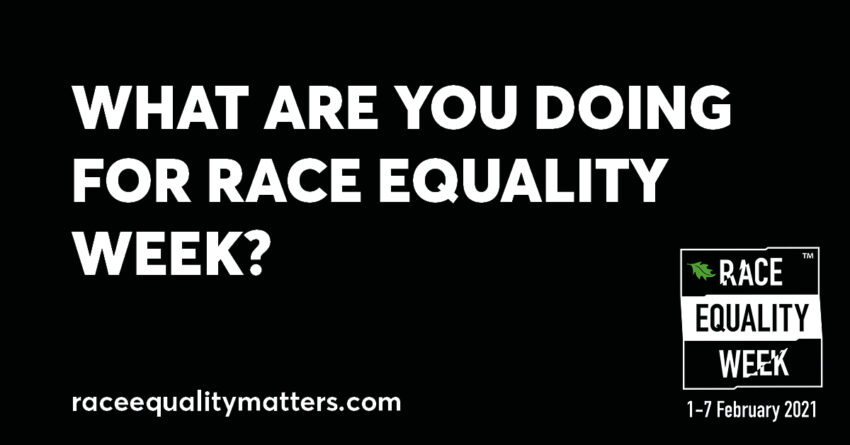 “Let’s not go back to normal!”: The rallying cry from the Co-founder of the UK’s first ever Race Equality Week.

Following the events of 2020 that have led to a collectively heightened consciousness of the racism, inequality and injustice experience by ethnic minority people in the UK, Javed Thomas is determined that the UK, post pandemic, should not go back to normal.

Committed to making the workplace a fairer place for millions of ethnic minority employees, Javed Thomas – the Executive Director of The Collaboratory who co-created and led nation-wide campaigns for mental health, including #ThisisMe and Green Ribbon campaign – has set his sights on race equality.

As the Co-founder of community interest company Race Equality Matters, Javed believes the time for talking and PR gestures is over – now is the time for action and more importantly meaningful action. That is why, alongside diversity consultancy and executive search experts Green Park, he is launching the UK’s first ever Race Equality Week, taking place on the 1st to the 7th of February).

The Genesis of Race Equality Matters

2020 wasn’t just the year that a pandemic laid the planet low. It was the year that millions of people around the world united in support for race equality, demanding change in societies   attitude to and treatment of race. The death of George Floyd and the unequal impact of COVID-19 on ethnic minorities were just two of the factors that led to Black Lives Matter (BLM) protests and sparked for Javed the genesis of Race Equality Matters – a movement designed to turn talk into purposeful action.

The co-creation of Race Equality Matters is the latest achievement on Javed’s impressive CV. As Executive Director of The Collaboratory, Javed has spent the last 20 years helping a range of charities to flourish, supporting exceptional growth with his innovation and insight. In 2014, he was recruited by the Lord Mayor’s Appeal and developed a number of highly effective initiatives addressing Diversity & Inclusion, and mental health in the workplace. The latter included #ThisisMe and the hugely successful Green Ribbon campaign, which reached a million people and transformed attitudes to mental health.

In many ways, Javed’s experience with #ThisisMe has helped him lay the foundations for Race Equality Matters. “I can see a lot of parallels between the two,” says Javed. “Back in 2014, mental health was a real taboo issue, but no one knew what to do. And just like racial inequality, it was a difficult, sometimes uncomfortable topic, with a lot of fear and stigma attached. Collaborating extensively with business and third sector partners, we developed and scaled up effective solutions quickly. We’ve been able to apply and fast-track the same methodology to create solutions for Race Equality Matters.”

The result is a campaign built around the newly conceived Race Equality Week. From 1st to 7th February, organisations and their employees can participate in one or a combination of activities designed to bring about tangible change.

“Safe Space is an initiative to enable uncomfortable conversations, facilitate difficult discussions and drive meaningful change” says Javed. “Our research showed that ethnic minority employees typically have little or no voice in an organisation, and that senior leaders and Board members overlook or ignore race as an issue. Through Safe Space, these employees can have uncomfortable discussions about race inequality in their workplace in psychological safety and, together with C-Suite and the Board, develop solutions to tackle the challenges they are facing. These solutions must be actionable and measurable with the Board being accountable for their implementation”

The Big Promise is a public commitment made by individuals across organisations to take pro-active anti-racist action and to which they can be held accountable by the peers. Devised by our ethnic minority community; the promises form a bridge between lived experience, investment and decision making, so that the actions taken make a real impact.

The final initiative is a UK-wide Virtual Badge Campaign, a display of  visible support for race equality, which raises awareness of Race Equality Week and encourages participation.  Organisations and individuals are encouraged to display the Race Equality Matters logo, with a downloadable badge for social media, a virtual background for video calls and an email signature.  Like the green ribbon for mental health or the pink ribbon for breast cancer awareness this visible tool unites and can be a catalyst for change.

With Race Equality Week just weeks away, now is the time for organisations to sign up and prepare. Javed says there’s already been significant interest with over 1,000 organisations getting in contact so far. For those who have yet to register, Javed has a no-nonsense message: “ If you really care about creating a fairer workplace, you’ll take part in Race Equality Week- why wouldn’t you.”

To sign up or find out more, visit raceequalitymatters.com

Javed Thomas is co-founder of Race Equality Matters and founder of The Collaboratory – a network of businesses and non-profit organisations that come together to create change and help solve the problems that really matter.

“Javed Thomas is an experienced facilitator, helping a diverse set of collaborators to create new solutions and tools. The Power of Inclusion programme which I began as Lord Mayor of London owes a lot to him.” –  Dame Fiona Woolf, Lord Mayor of London, 2013-14.