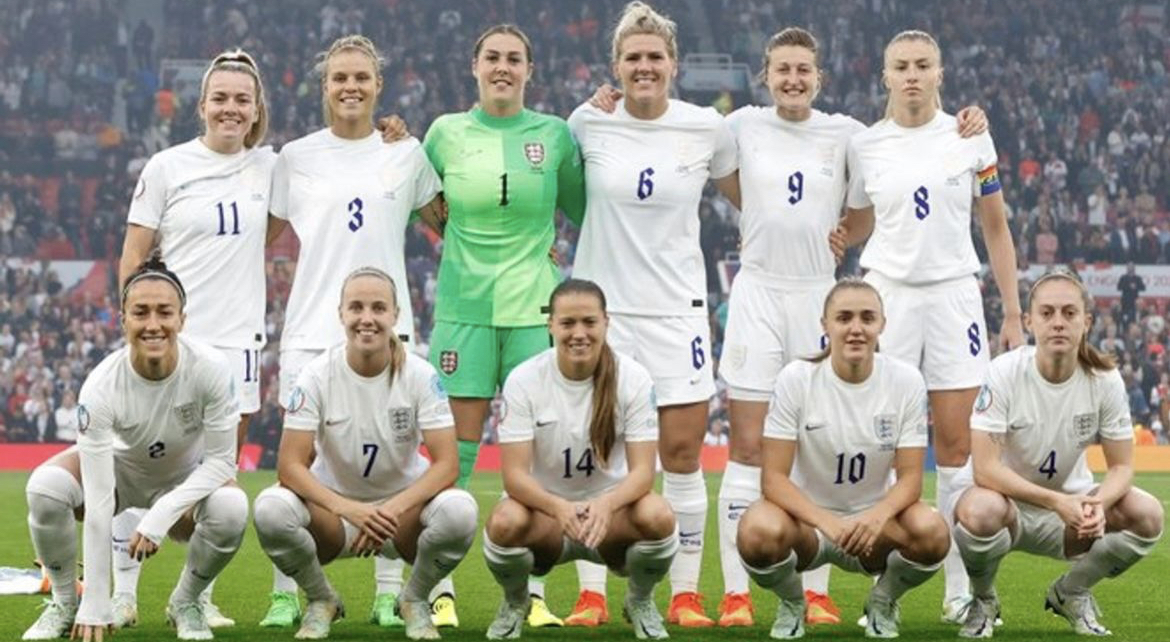 Where are our Black female role models? The Lionesses, Diversity and the Workplace

You can’t be what you can’t see.

As the Lionesses go against Spain tonight, in the quarter finals of the Women’s Euro 2022, the conversation on diversity continues. The Women’s England squad of 23 players has just 3 black players: Jess Carter, Nikita Parris and Demi Stokes. Since the game against Northern Ireland, on Friday 15th July, Carter has been the only one to play, coming on late into the final half.

As women’s football has gained popularity and traction in recent years, why are ethnic minorities still lacking representation?

Sports presenter, Eilidh Barbour, sparked the debate over representation in the women’s squad following their win against Norway, when stating: “All starting 11 players and five substitutes who came onto the pitch were white, and that does point towards a lack of diversity in the women’s game in England.”. The social media backlash that followed exemplifies the issue that race remains an uncomfortable conversation for many, in professional sport and wider society.

“Our players are role models… It’s their duty to continue to interact with the public on matters such as equality, inclusivity and racial injustice, while using the power of their voices to help put debates on the table, raise awareness and educate.”

Anita Asante’s opinion piece in the Guardian this week, as a former England player, also recognised the importance of role models on young people and the need for women footballers to offer a diverse visual representation for aspiring ethnic minority youths. Asante explained that women’s football has gone backwards in its diversity because of the suburbanisation of scouting, away from more diverse inner-city areas, as well as demographic and cultural factors. Speaking about the need for greater representation, she recognised that ethnic minority role models will inspire a new generation of players:

“But visibility- or the lack of it- remains the biggest problem… The Twitter backlash – with many users assuming, wrongly, we were criticising Wiegman’s England – suggested too many people are in denial about our diversity problem. They don’t realise everybody needs to be able to dream.”

A lack of ethnic minority women in professional sport echoes what is happening in the workplace.

Ethnic minority women continue to be underrepresented in senior leadership positions across organisations, creating a lack of black female role models. The University of Manchester and Lancaster University conducted research that identified a “concrete ceiling” into senior leadership positions that is “almost impenetrable” for Black professional women. The Women in the Workplace 2021 report, based on 65,000 US employees, found that just 9% of corporate senior manager/director positions were filled by women of colour and promotions were 15% lower for women of colour than white men. Forbes in 2022 also stated that only 4.4% of Black female employees are in managerial roles in the US. The evidence is clear: ethnic minority women systematically lack access to senior leadership positions in the workplace.

Greater representation of black women into senior leadership roles would benefit society. The PwC Women in Work Index 2022 recognised the economic benefits of this, in an estimated rise in 6% of the UK’ GDP if the female employment rate was to match that of world-leader Sweden. Most importantly, greater representation will create role models to inspire young black women in the workplace. Anita Asante reminds us of the importance of who fills positions of power in society:

“Young girls who cannot see anyone who looks like they do lack heroines to emulate- and that matters.”

Role models have the power to create generational change.