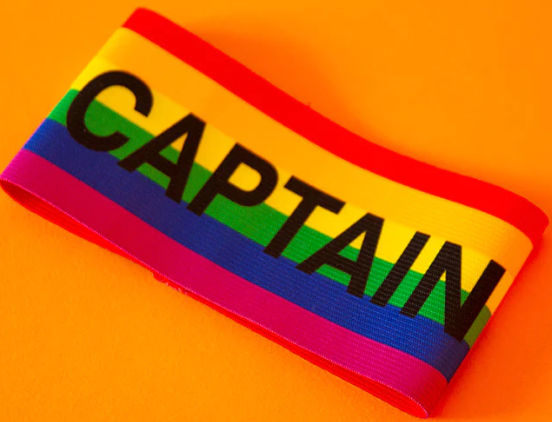 True allyship in the workplace: reflections on the One Love U-turn in Qatar 2022

True allyship in the workplace: reflections on the One Love U-turn in Qatar 2022.

Just hours before the England team were to play their first match in the 2022 World Cup, they took a u-turn on the decision to wear the One Love armband in support of the LGBTQ+ community.

This decision raises the very question:

Would the wearing of the One Love armband have generated meaningful change? 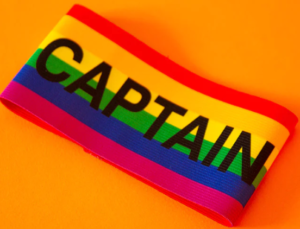 Seven of the tournament’s federations- including England, Germany, Belgium, Denmark and others- informed FIFA of the decision to wear these armbands in September, as an act of solidarity against the criminalisation of same-sex relationships in the host country of Qatar. The decision to drop the One Love armbands was prompted by FIFA’s threat of bookings for players wearing unapproved armbands. What was originally an act of allyship for the international LGBTQ+ community, and an act of solidarity against Qatari human rights breaches, has subsequently been reprimanded.

For many, the significance of allyship can’t be ignored.

How can we move beyond performative allyship towards true allyship?

The decision the England football team took was not an easy one, as people have spoken up about the need for continued efforts to create change beyond the pitch. Peter Tatchell, a former activist on the issue, spoke out by stating:

“I urge the team captains at their post-match press conferences to spend just 30 seconds speaking out for the rights of women, LGBTs and migrant workers…That would have a huge impact, reaching a global audience of hundreds of millions of people… FIFA has crushed the One Love campaign with the threat of yellow cards. It’s time to show FIFA and Qatar the red card.”

Whilst it has been framed as a decision beyond the control of footballers, some have criticised the team’s failed attempt at “true activism” and their willingness to give up the cause to avoid personal repercussions. There is a need for courage in these situations, as so eloquently done by former England women’s captain, Alex Scott, when she wore the One Love armband on live television despite FIFA’s message.

This idea of what ‘true allyship’ entails holds stark relevance in the workplace too.

What does allyship mean in the workplace?

What role does allyship play in tackling workplace race inequality?

True allyship goes beyond performative promises. True allyship is when individuals use their privileged position to create meaningful change, by standing up for what’s right when others don’t.

Change Catalyst’s 2021 State of Allyship Report (based on in-depth research since 2015) found that 92% consider allyship to have had a valuable impact on their career. An

True allyship means speaking up when others don’t, regardless of repercussions. When tackling race inequality, #ItsEveryonesBusiness.

How can you become a ‘true ally’ to ethnically diverse colleagues within your organisation?

We would value your thoughts. If you want to see change and race equality in the workplace, please join the Race Equality Matters’ movement and sign up for Race Equality Week today.