Race Equality Week: Let’s Not Go Back To Normal

The Collaboratory’s CEO Javed Thomas explains why he created Race Equality Matters and Race Equality Week, together with Green Park’s CEO Raj Tulsiani. He outlines some of the key initiatives Race Equality Week offers to address racial inequality within the workplace; and how they will enable leaders to move from just talking about race to actually taking meaningful action for a real impact.

The events leading to the murder of George Floyd reminded the world that racism in its most brutal form is not a thing of the past; at least not for those people who thought that these acts just didn’t happen anymore.  It was a watershed moment in a year of a worldwide pandemic that was already showing up the true colour of inequalities across the western world.

The subsequent reactions around the world was a rallying call for powerful change; and more importantly an end to simply talking about racism. The physical act of “taking the knee” by sports people reminded us in the UK that this is our problem too.

So how have recent events impacted Ethnic minority employees? Our research carried out in the summer, with senior leaders, race network leads, Diversity and Inclusion (D&I) and race experts tells a compelling story:

A MOVEMENT FOR CHANGE

So, what can we do about it? Co Founded by myself and Raj Tulsiani (Green Park CEO) Race Equality Matters was set up as a movement for change; to move from talking about race to taking meaningful action that makes a real impact.

It’s a growing community that everyone and anyone who wants to bring an end to racial inequality, can be a part of.  We are a solutions focused not-for-profit that has so far developed three key ways to begin the change journey. They include:

1. Race Equality Week: A week of events dedicated to help organisations and individuals to see at first hand examples of good practice to address racial inequality.

2. The BIG Promise: Seven meaningful promises that people can choose and commit to with accountable outcomes.

Race Equality Week (1-7 February 2021) is a UK-wide initiative to unite organisations and individuals in activity to seriously address issues affecting ethnic minority employees. Beginning today, Monday 1st February, the first ever UK Race Equality week we believe will be a catalyst for accelerating the change we are looking for and ensure we do not lose the moment

There are four ways to get involved, that Race Equality Matters have co-created with the ethnic minority community who are part of the movement; and organisations can do their own thing if it is meaningful for an impact. Companies, such as BT, who are our lifetime visionary partner have developed plans that move away from the traditional approaches, and instead put the voices of their ethnic minority employees at the heart of their work to bring about change. 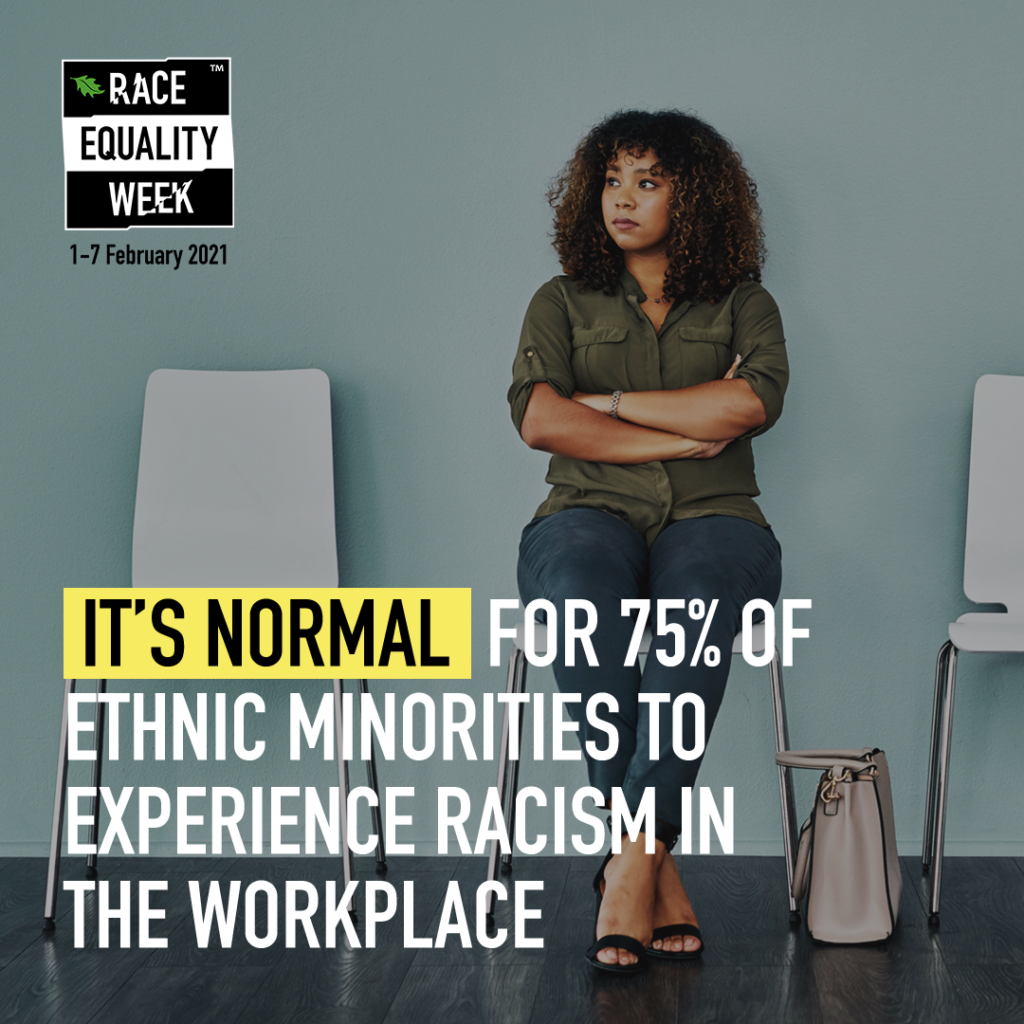 During Race Equality Week we will be running a ‘How to do it right’ workshop, showing organisations how to run a Safe Space. Safe space was developed by Race Equality Matters with Mental Health First Aid England. The Safe Space model is based on a meaningful conversation between senior leaders and ethnic minority colleagues in an organisationm which must lead to action. This includes:

It is not just a talk or a discussion. It must result in a commitment to meaningful action that is agreed by all key parties. Safe Space is a 2-hour facilitated dialogue between Board members and ethnic minority colleagues. It’s split into three distinct parts:

1. Inform and educate: Board members ask ethnic minority colleagues questions they may not feel comfortable to ask publicly.

2. Understand: Ethnic minority colleagues raise key race equality issues specific to their organisation, which they believe if addressed will make a meaningful impact and discuss with Board members.

3. Act: The Board decides which issue(s) to take action on, then develops action plans in partnership with ethnic minority colleagues and commits to targets and monitoring progress.

The BID Promises requires senior leaders and employees to select one promise that they can commit to, which will make an impact on race inequality in the workplace. There are four sets of promises to choose from. These have been carefully determined by a collection of people with lived experience of race inequality in the workplace. This approach will enable change through individual empowerment across all layers of an organisation. The BIG Promise was created in collaboration with senior leaders, race network chairs, ethnic minority employees, D&I and race experts and the Governance Forum.

As per the green ribbon for mental health and the rainbow for Pride, showcasing our digital badge chance, allows shows that you want to be part of the solution. Using virtual background and social media icons is an opportunity that thousands are taking up.

We also believe that what gets measured gets done! It was clear from our research that there is a need for measurement, accountability and transparency.  This is what keeps organisations, departments, leaders and employees honest and focused. It also enables every employee to play a part in the culture change. However, our research highlighted that when it comes to race equality in the workplace, typically there is a lack of appropriate measures, transparency and accountability.

Race network chairs and D&I experts say the factors above are fundamental to efforts to move the dial on race equality in the right direction. We also have a series of events lined up, which will also highlight what can make a difference including The Power of  Data (12.30 pm on the 1st February), and its ability to tell us the real story about race inequalities within an organisation.

When data is evidenced based, it’s hard for anyone to argue with its findings and it can be used a powerful tool to leverage change within an organisation. Knowing how Black and Ethnic minorities experience your organisation in terms of progression opportunities, pay, recruitment and retention, and even the perception of these areas, can deeply affect an individuals or groups lived experience. We have partnered with a number of organisations including BT, Network Rail and Flair to show case solutions. For us, this is just the beginning of the journey to addressing racial inequality within the workplace.

You can join us by simply registering on our website, where you can also download our guides to creating a Safe Space and the BIG Promise. 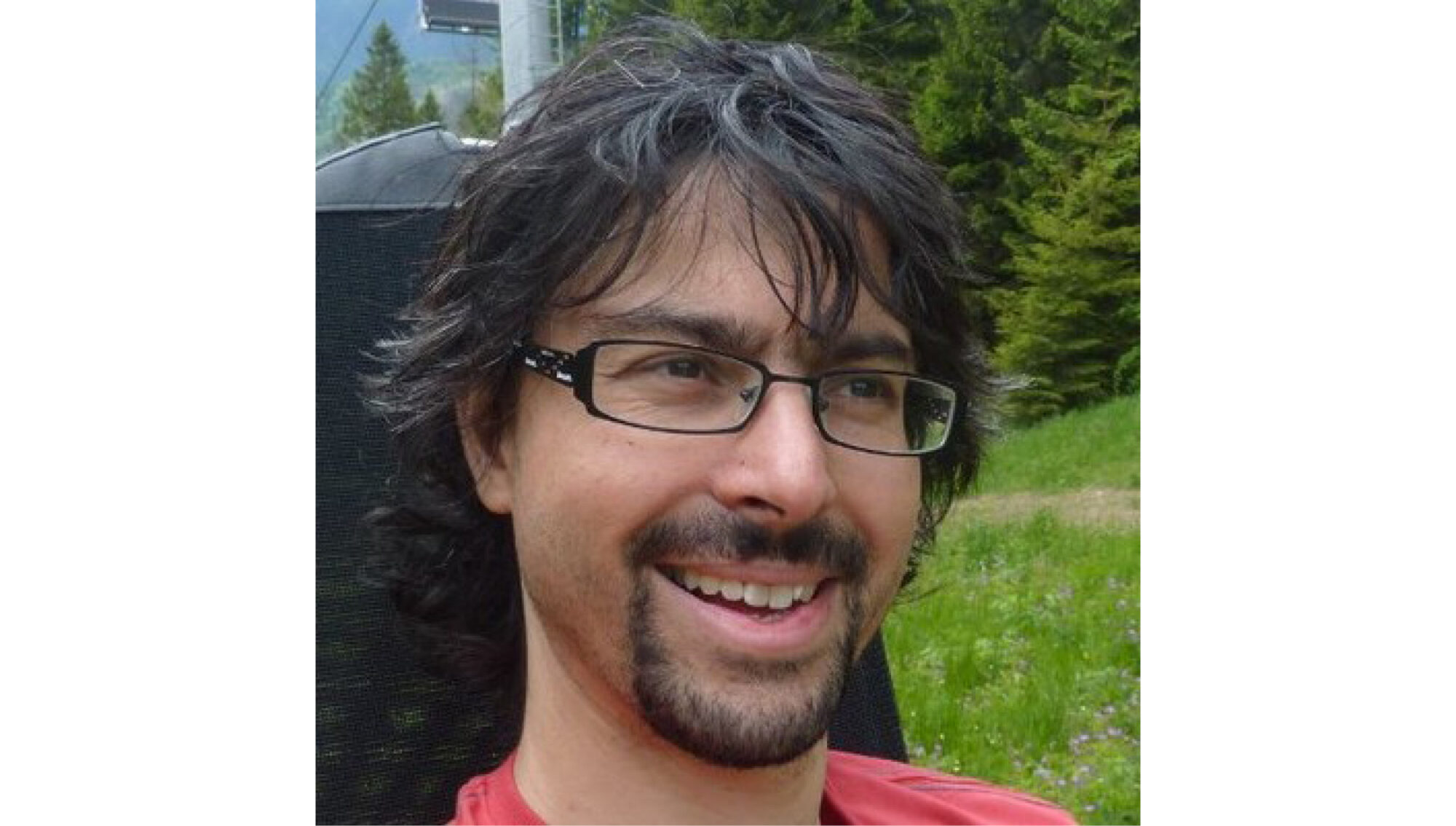 Javed Thomas, CEO of The Collaboratory, co-founded Race Equality Matters and Race Equality Week with Green Park’s CEO Raj Tulsiani. Thomas is an innovator in tackling key societal issues. This includes creating and driving initiatives and programmes that has tackled issues including mental health, D&I, the skills gap, disability and disadvantaged families, children and young people. He excels in creating collaborations to co-create solutions that make a meaningful impact.

Thomas created and developed numerous campaigns which have been scaled and gone global including The Green Ribbon campaign for mental health, She Can Be and City Giving Day. He has delivered projects for five Lord Mayors and created the Lord Mayor’s Appeal’s Vetter City for All Strategy, which has engaged more than 1,000 organisations. Additionally, Thomas has engaged with over 500 commercial organisations, thousands of employees and over 100 charities to create award-winning collaborations that benefit communities and societies overall.