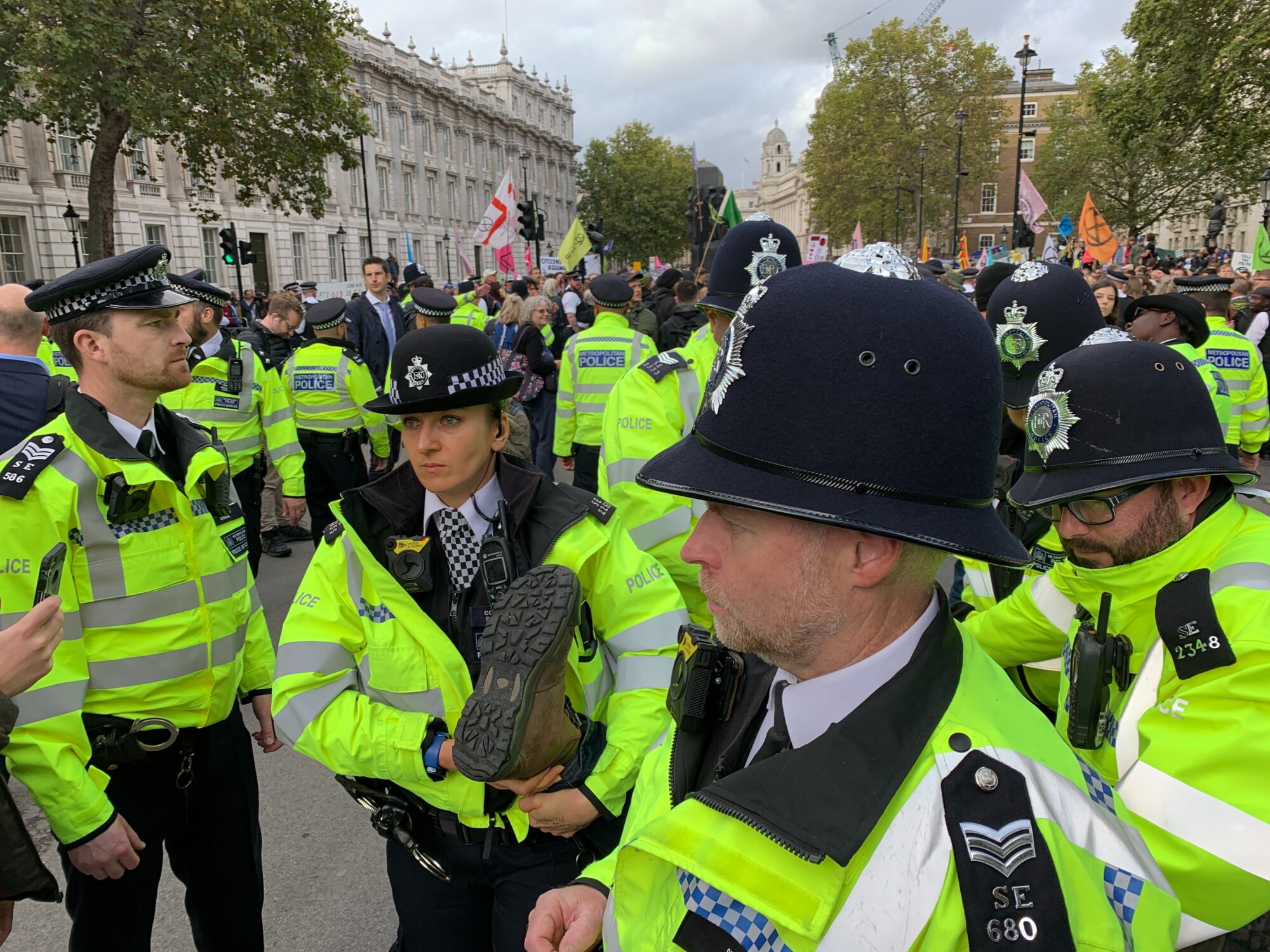 Police, Power and Privilege: How can power structures in the workplace become a force for good?

This week has uncovered devastating revelations for the Metropolitan Police and the culture of exploitation associated with it. Police officer, David Carrick, was found guilty of 24 charges of rape, all committed whilst being an active officer and known to colleagues as overtly misogynistic within the workplace.

How can misuses of power in the workplace change if complicity remains?

This case, and the murder of Sarah Everard in 2021 by Met Officer Wayne Couzens, has challenged the idea of ‘bad apples’. Passive bystanders to issues of misogyny, racism and violence against vulnerable groups have tarnished the public’s perception of the police force’s culture and practice.

Earlier this month it was also announced that police presence in schools across England will increase above the almost 1,000 already present. With over half of these in London schools, areas with more ethnically diverse pupils are understood to be under greater police surveillance. Concerns over the trust in police by young racialised people are paramount, with the case of the Black teenage schoolgirl that was strip-searched by police under false accusations of cannabis possession in Hackney 2020 marking a prescient and shocking example.

Not only do issues of complicity and abuses of power arise, issues of prejudicial assumptions and bias continue to be an issue at the structural level within police forces, and also in the workplace elsewhere.

How can we prevent assumptions from having damaging effects in the workplace and wider society?

How can people feel confident and safe to speak up against these issues?

Race Equality Matters’ 5-Day Challenge is a new solution to tackle race inequality in the workplace. The first day of the Challenge is an ‘eye-opener’ that encourages people to reflect on their assumptions, actions and attitudes towards race in their professional and personal lives. This day facilitates redirection and a new approach to tackling racism in the workplace through individual reflection and collective action. It asks participants: 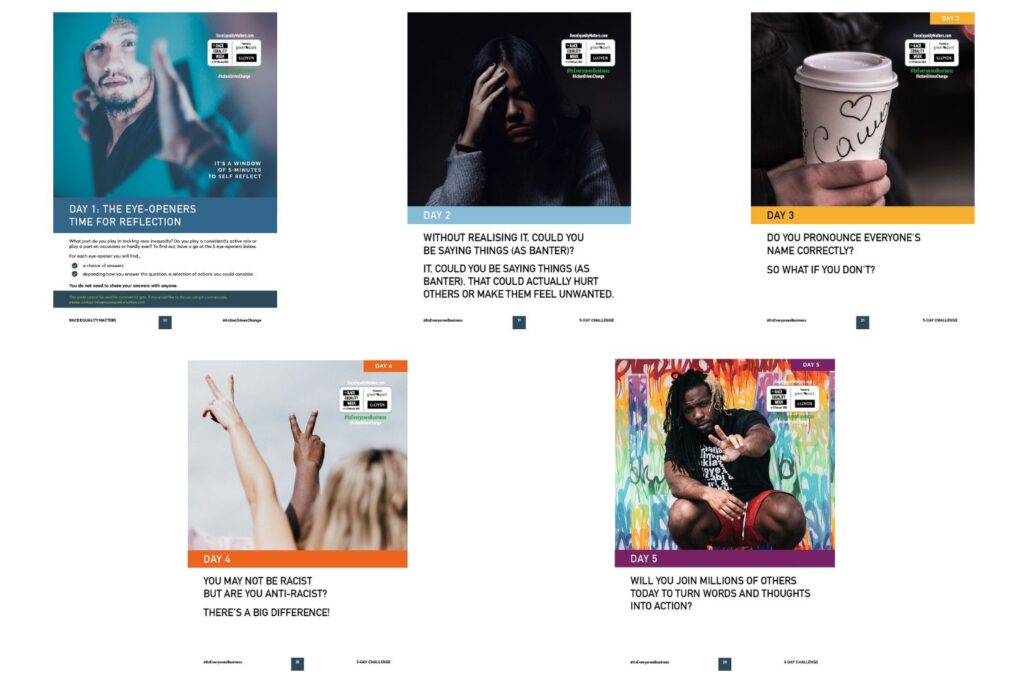 Have you ever heard or spoken to someone and made assumptions based on their accent?

Assumptions based on someone’s accent are often made upon first meetings, kickstarting how your professional or personal relationship may form.

Assumptions can also be made about someone’s skin colour, sexuality, appearance and much more.

Accent Bias Britain considers a person’s accent as the most recognisable indicator of someone’s social and ethnic background in the UK, highlighting the significance one’s voice can have in the workplace.

The 2020 report, conducted by Accent Bias Britain, identified the longstanding “accent hierarchy” which downgrades some ethnically diverse accents in professional contexts. This can have an impact on recruitment and how a candidate is perceived by an organisation, regardless of their credentials. Assumptions based on accent can have a knock-on effect on an organisation’s recruitment, promotion and diversification.

Has the “accent hierarchy” ever  impacted you?

The Sutton Trust’s 2022 report– Speaking Up- also identified the issue of ‘linguistic racism’ and “accent-based anxiety” that candidates from ethnic minorities (notably Indian and Afro-Caribbean) can feel when applying for a new job.

The report encouraged employers and recruiters to undergo training to reduce and recognise the issue of language bias. Sir Peter Lampl, founder and executive of the Sutton Trust, reflected on the findings of the report, stating:

“This country has learned to be more diverse in many respects, but there remain taboos about accents. We must embrace the diversity of accents to enable those from all backgrounds and parts of the country to have the chance to succeed.”

At Race Equality matters we regularly hear that names and accents can cause discrimination and create barriers to opportunities and progress within the workplace.

Voices should be a tool for empowerment, not a hindrance to success.

As more will inevitably come to light over issues with the police and vulnerable people, it is apparent that these ‘bad apples’ are part of a work culture of bias, assumptions and prejudice.

How can power become a force for good- not detriment- in your organisation?

Register and join thousands of organisations and individuals at Race Equality Week 2023 uniting across the country to tackle the barriers to race equality in the workplace.