George Floyd and Black Lives Matters one year on; what has changed and meet some Trailblazers Share this page on: 25 May 2021

GEORGE FLOYD AND BLACK LIVES MATTERS ONE YEAR ON; WHAT HAS CHANGED AND MEET SOME TRAILBLAZERS

Towards the end of May 2020, the murder of a man in Minneapolis, USA, reverberated around the world. His name was George Perry Floyd Junior, and his killing came to represent race inequality globally, sparking Black Lives Matter protests through the summer and beyond.

As we reach the anniversary of George Floyd’s death, the inevitable question is, what has changed? Has that anger and frustration and call for change resulted in any meaningful progress? Or will summer 2020 become just another moment in time?

Let’s go back to the summer of 2020, when tensions generated by racial inequality exploded into outrage. As the outcry grew, companies from a spectrum of industries rushed to pledge their support for anti-racism movements and condemn racial injustice on social media.

In the weeks that followed, all kinds of brands and organisations publicly committed to supporting race equality within the workforce, resulting in a flurry of solemn pledges and charters.

One year on, how many have created a tangible cultural shift? And how many were well-intentioned but ineffective or merely designed to meet PR needs?

WHY FRESH THINKING IS NEEDED

The answer depends on exactly what initiatives each organisation chose to adopt and their motivation. Under scrutiny from the public, how many blindly grasped for the first and most convenient ‘solution’? For example, signing a charter looks good on the company blog and social media feed, plus it’s easy and comfortable. Many organisations have signed charters before, but how many racial inequality charters do you know that have actually produced results?

We are not suggesting that many of the statements/commitments on a charter are not relevant. Many are, but it’s the execution and implementation that seems to be thin in numbers.

In a number of polls, we have carried out, typically more than 75% of employees from nearly 200 organisations that responded were unsure if their organisation had signed a charter, hence what happens to the charter to create change once signed. Are they embedded into an organisations DNA or used to create a road map for change?

It should be the start of a commitment and not the end.

While some companies’ efforts have been ineffective, others have worryingly exasperated the issue.

In an effort to ‘reach out’ to employees during the Black Lives Matter protests, some organisations encouraged their people to open up about racism without the necessary support in place.

We were, and are, regularly hearing from employees across the UK, that instead of providing understanding and the support needed, so many organisations, maybe with the best intentions did nothing more than revive employees’ trauma and prompt fresh distress. Even those which ‘by pure chance’ didn’t have a negative effect were little more than talking shops, bringing greater openness but negligible change.

Herein lies one of the problems: many organisations persist in using unproven and unproductive methods when it comes to Diversity & Inclusion, unconscious bias training being a favourite. Ask anyone who is disadvantaged because of their protected characteristic, has this or any other training made a difference to them and their peers?

As the quote attributed to Albert Einstein goes;

“The definition of insanity is repeating the same actions over and over again and expecting different results.”

THE BIRTH OF RACE EQUALITY MATTERS

It’s easy to say that the corporate world’s responses to Black Lives Matter were unresearched and ill-designed at best, and tokenistic, face-saving tactics at worst. But perhaps it’s no surprise that they weren’t entirely successful – after all, how do we know what works?

That question was one of the reasons why Race Equality Matters was created by The Collaboratory and award-winning consultancy Green Park and other partners.

A UK-wide not-for-profit collaboration, Race Equality Matters aims to accelerate meaningful and positive change for ethnic minorities in the UK by focusing on co-creating solutions in collaboration with those with lived experience.

“We wanted the hope and energy of the summer of 2020 to translate into a better, more equal world – to maintain the momentum and keep the momentum for change going.” 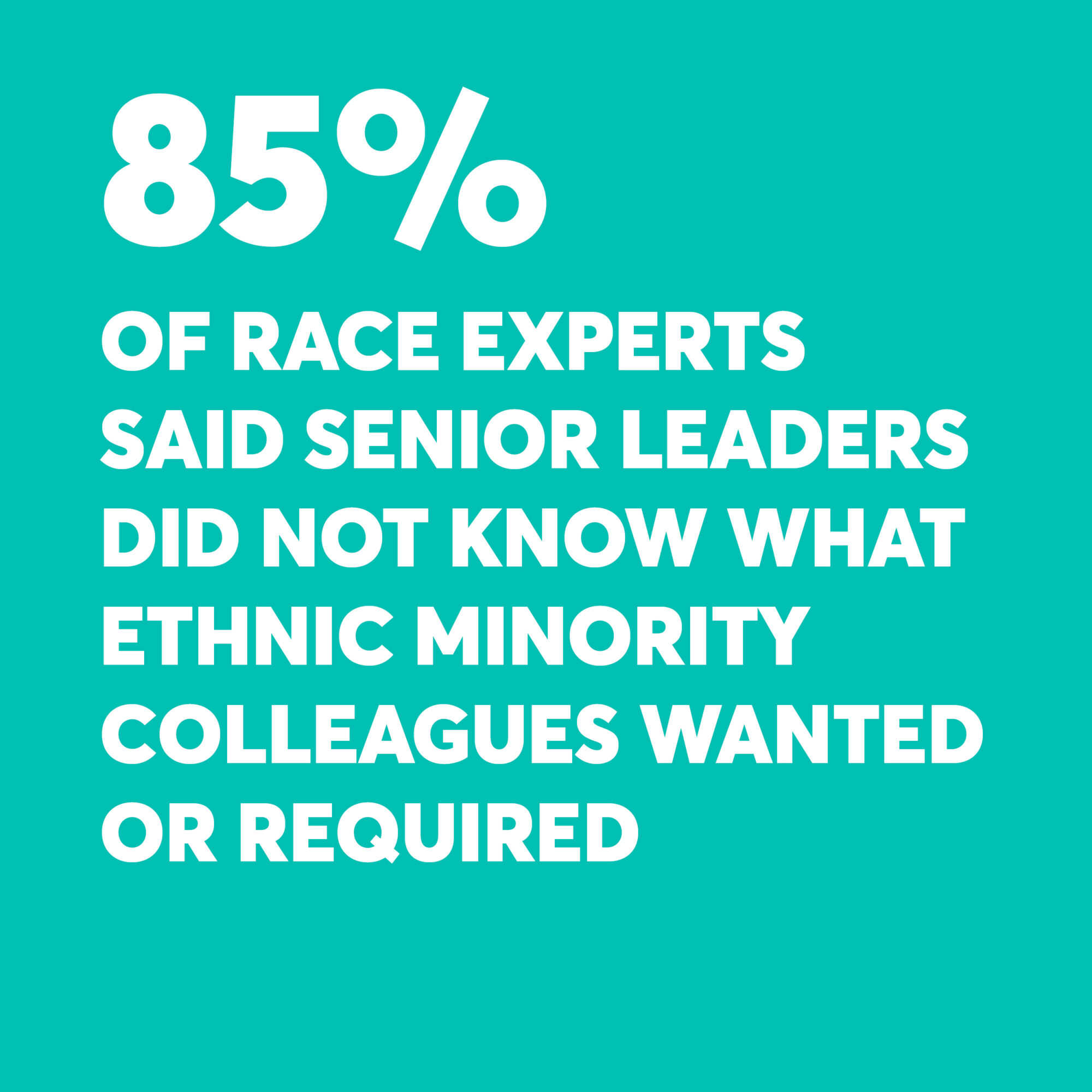 With this in mind, Race Equality Matters carried out in-depth research with a view to helping organisations achieve a concrete difference through practical solutions. Our study revealed the following:

In just the last few weeks, employees are saying only 24% of senior leaders and managers are comfortable talking about race.

This research was the foundation for a number of new solutions designed to make an impact. Each one was conceived through a series of Solutions Collaboratories. This proven, unbiased process involves tremendous diversity of thought, including those with lived experience, diversity and business experts and numerous stakeholders from the research.

These solutions included Race Equality Week, an opportunity to unite organisations and employees across the UK to take meaningful action.

Other solutions launched as part of Race Equality Week included:

The Big Promise, individuals and organisations make a public commitment, which is measurable and to which they will be held accountable. The promises they choose have been identified as being able to make a significant difference by those with lived experience.

Safe Space, facilitated dialogue between ethnic minority employees and their senior leaders and/or board members, whom must be willing to make a commitment and take action to address some of the key issues raised. It enables brave conversations, facilitated uncomfortable discussions and drives meaningful change.

Crucially, BIG Promise and Safe Space were designed to counter the barriers that cause 70% of all change initiatives to fail¹, Each one comes with clear instructions, guidance through ‘How to do it right’ guides and workshops and the support of a nationwide community. This is vital: our research showed that organisations often lack the specialist skills and know-how to implement solutions on their own.  The above included collaborators the governance forum and Mental Health Fist Aid England, to ensure wellbeing is at the heart of everything we do. 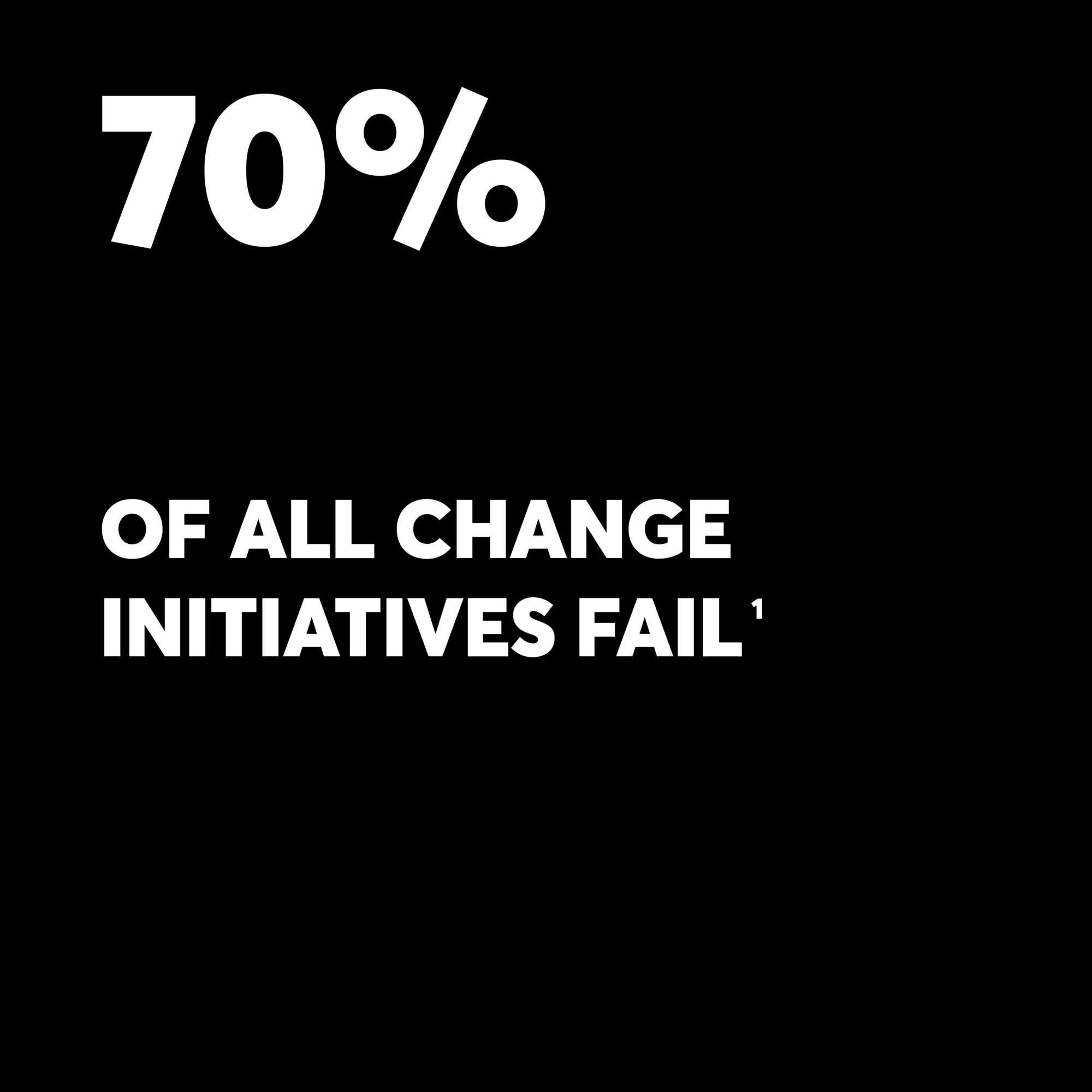 Within six months of it forming, over 2,000 public and private sector organisations had joined the Race Equality Matters Network. Meanwhile, more than 400 organisations signed up to Safe Space, and over 350 to The Big Promise.

These numbers continue to grow, giving solutions even greater reach. With some organisations numbering over 10,000 members or employees, the potential is enormous.

Clearly, wholesale, global sociological change won’t happen overnight. But such statistics give rise to hope that a shift IS happening, albeit slowly.

Race Equality Matters is a real catalyst, bringing disparate actors together to drive the change the world needs. It’s helping improvement ripple out through organisations and into society: a catalyst for progress.

We have already identified some Trailblazers #actionnotwords, including Amey PLC, Coin Street, Network Rail, Oxfordshire County Council and Cherwell District Council and Unison. They have all implemented Race Equality Matters solutions making an impact, and we know more organisations are doing great things.

We want to recognise more organisations and individuals that are driving change to address race equality so please do tell us about the great work you are doing. Send us an email at info@raceequalitymatters.com by 4 June 2021 and write a paragraph or two outlining the solution/s, as well as their reach and impact. Note: Your solution/s can be independent of Race Equality Matters solutions; we want to showcase it all.

We can’t change the past, but the future is in our hands. And, encouragingly, we have the means to shape it and make a difference. If we don’t want to go back to ‘normal’, we need to look beyond hollow gestures to new and different solutions that are clearly defined and based on thorough research. If you really want a better, fairer world, why wouldn’t you?

This website uses cookies to improve your experience while you navigate through the website. Out of these, the cookies that are categorized as necessary are stored on your browser as they are essential for the working of basic functionalities of the website. We also use third-party cookies that help us analyze and understand how you use this website. These cookies will be stored in your browser only with your consent. You also have the option to opt-out of these cookies. But opting out of some of these cookies may affect your browsing experience.
Necessary Always Enabled

Any cookies that may not be particularly necessary for the website to function and is used specifically to collect user personal data via analytics, ads, other embedded contents are termed as non-necessary cookies. It is mandatory to procure user consent prior to running these cookies on your website.