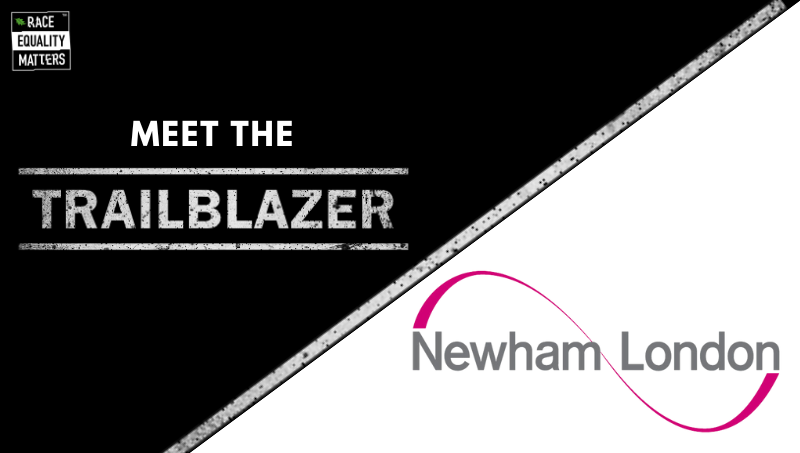 Independent expert panellists, with lived experience of racism in the workplace, unanimously voted that Newham Council had taken action against racism and inequality and all judges considered Newham Council eligible to become a Bronze Trailblazer. One judge instructed the council to “Keep doing what they’re doing.”, when recognising their achievements so far.

Alongside the Tackling Racism, Inequality and Disproportionality Programme at the council, the Race Equality Forum was set up in 2020 as a race network that is led by ethnically diverse colleagues and supported by senior leadership. The Race Equality Forum re-launched in March 2022 with new co-chairs, and Newham Council informed judges that:

“This is a key forum for constructive criticism, and has resulted in positive amendments to policies. The forum is chaired by colleagues, and endorsement and support from senior leaders has ensured this is both a safe space to have open discussions about experiences of racism and discrimination”.

Newham Council have also engaged in the drive against racial inequality through sustained commitment from senior leadership. The Tackling Racism, Inequality and Disproportionality (TRID) programme was established to assist with the wider community in Newham, as well as the council as an employer. Initiatives under TRID include:

One judge considered the TRID programme as the strongest aspect in Newham Council’s drive in tackling racism and labelled it an “ambitious programme of change”. Another judge praised the internal and external impact the programme had on ethnically diverse communities and individuals and informed Newham that their data collection and workstreams helped “to build the foundations for an anti-racist organisation and assert the importance of embedding anti-racist work and practice”.

Newham Council also acquired Bronze Trailblazer status because of the impact they have made in tackling racial inequality, and endorsement of this by ethnically diverse staff. Newham Council scored the highest for the meaningful impact they have had on ethnically diverse employees within the organisation, with 100% of judges considering “clear and substantial”. Impact was understood through:

Judges consistently praised this focus on data driven evidence and considered initiatives to have a “great impact” with “endorsement from ethnic minorities”. The clear shift in focus towards racial inequality within Newham Council and positive culture led to 80% of judges considering this a type of organisation they would like to work within.

Moving forward, Newham Council were praised very highly and unanimously judged that evidence on their next steps was “clear and substantial”. Newham Council plan to deliver a series of workshops on ‘Anti-Racism and Allyship’ and ‘Inclusive Leadership’ for all staff, as well as produce a new staff survey (replacing the one from 2020) to gain feedback on staff views on their workplace and the impact of new anti-racist initiatives. They also plan to continue anti-racist and socially mobilising initiatives in the wider community such as the Health Equity programme, which will work as a community of practice to understand barriers to accessing health services and differing experiences and outcomes as a result of receiving support.

Newham Council have demonstrated commitment and impact for change. Their Bronze Trailblazer status echoes the impact felt by the organisation’s Black, Asian and ethnically diverse employees. Celebrating our Trailblazer community will accelerate the change and momentum towards racial equality, through action not words.

If your organisation is driving change for Race Equality and you can demonstrate impact, endorsement from ethnic background employees and share future plans; register your interest for the next round of trailblazers.