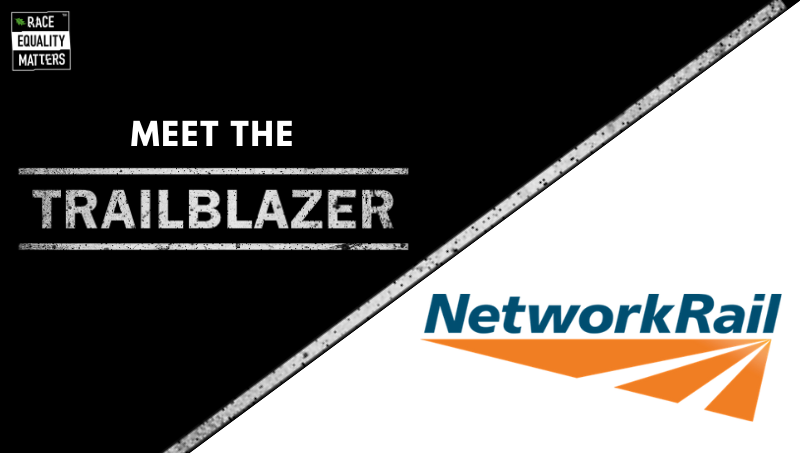 Network Rail remains a pioneer in the rail industry and Race Equality Matters’ independent Black, Asian, and minority ethnic panellists certified the need to celebrate this. 80% of them stated that Network Rail is the type of organisation they would like to work for, vouching for the culture of inclusivity established by Network Rail and its race network, Cultural Fusion. The judges consistently referred to Network Rail’s ‘transparency’, ‘impact’ and ‘reach’ beyond the organisation.

Following the summer of 2020 and Black Lives Matter, Network Rail’s race network group- Cultural Fusion, worked to continue the mood for change within the organisation. They have successfully created and embedded the Tea Break solution since May 2020 and were the first to run a virtual Tea Break, remaining dynamic to create change in their workplace. As the founders of this solution, Cultural Fusion have successfully:

“This forum has also encouraged more people from white employees to become allies.”.

Change in Network Rail and Beyond

To achieve Bronze Trailblazer status, Network Rail have also taken steps to create meaningful action against racial inequality within the organisation and wider sector. This year they have:

One judge celebrated this external action when approving of:

“Their bravery in wanting to lead their industry in race equality…will make them accountable in all actions relating to (and how they might respond to any) race equality matters.”

The impact of their D&I strategy ‘Everyone Matters’ and initiatives have been measured through:

Moving forward, Network Rail informed judges that they hope to continue to create change at an industry-wide level. They also hope to create greater awareness around intersectionality, as well as sustained focus on the importance of understanding and learning from lived experience.

Network Rail, through the Cultural Fusion network, have demonstrated commitment and impact for change. Their Tea Break and Bronze Trailblazer status echoes the impact felt by the organisation’s Black, Asian and ethnic minority employees. Celebrating our Trailblazer community will accelerate the change and momentum towards racial equality, through action not words.

If your organisation is driving change for Race Equality and you can demonstrate impact, endorsement from ethnic background employees and share future plans; register your interest for the next round of Trailblazers.