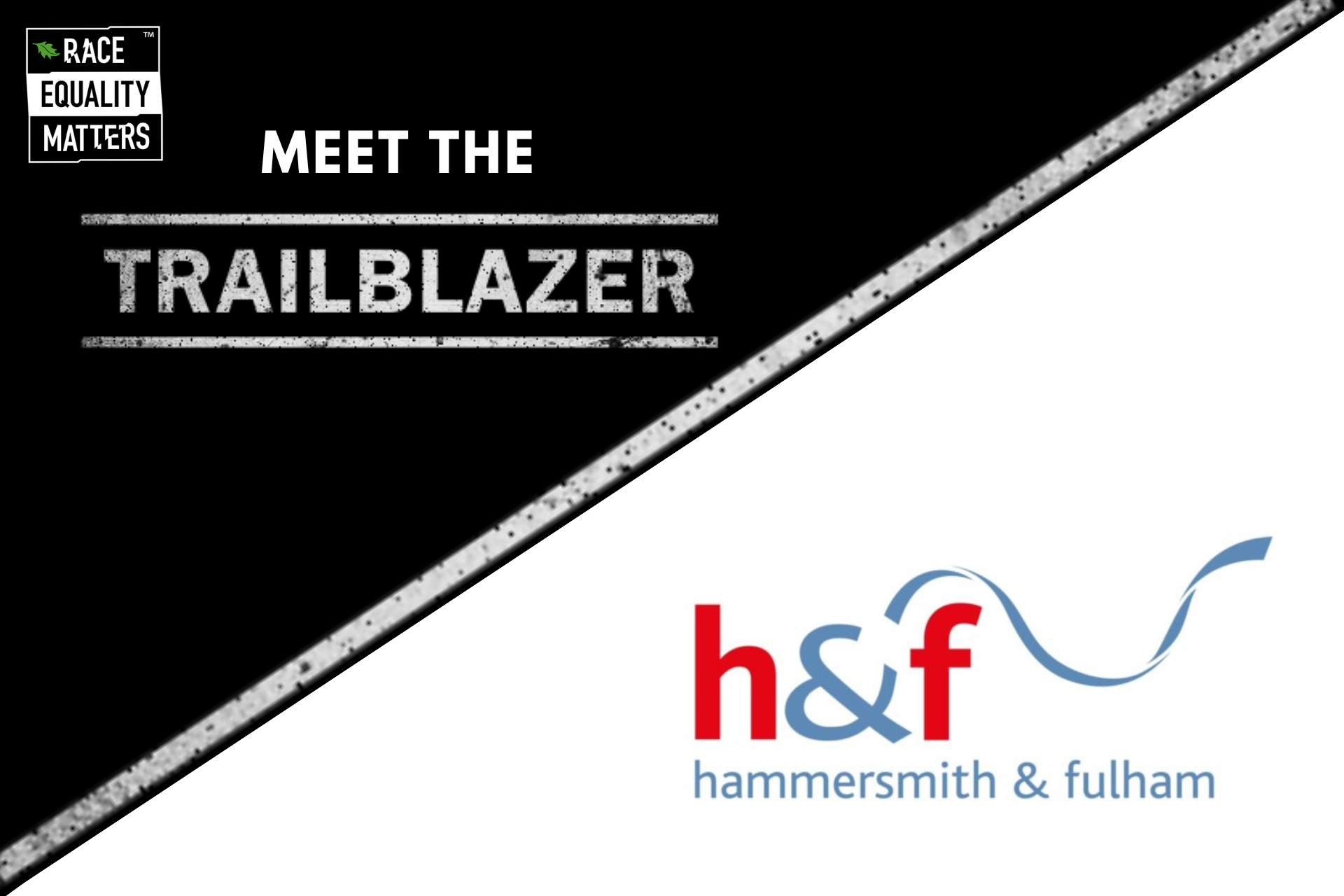 Race Equality Matters is pleased to announce that the London Borough of Hammersmith and Fulham (Hammersmith & Fulham Council) have been awarded Tea Break solution Trailblazer status!

The Tea Break provides the framework and opportunity for an organisation to hear the honest voice and feelings of its colleagues about race inequality. All employees are invited to a one-hour themed, online discussion about an issue that matters. This initiative was developed through the Solutions Collaboratory™ in collaboration with Network Rail and its staff network, Cultural Fusion, Mental Health First Aid England and those with lived experience from other organisations. In a recent Race Equality Matters’ Event, 85% of attendees thought that Tea Break would facilitate their organisation in having uncomfortable conversations about race inequality. The Tea Break methodology enables courageous conversations. This gives organisations such as Hammersmith & Fulham Council and its senior management insights and the opportunity to address concerns and issues that are being shared.

As a strong applicant in our first cohort of Trailblazer applications, the Hammersmith & Fulham Council is making genuine steps in tackling racial inequality. The independent judges- all of whom are ethnically diverse- unanimously recognised the successful implementation of the Tea Break solution within the organisation. With just 64% of applications being successful in this round, the London Borough of Hammersmith and Fulham’s action has withstood the rigour necessary to become a Trailblazer. Through this, other organisations can learn and implement this in their own workplace.

The London Borough of Hammersmith and Fulham have successfully implemented the Tea Break solution for over a year, following their CEO-led sessions to implement action after the murder of George Floyd. Since the organisation made this commitment to change, Tea Break has flourished into a bi-monthly event organised by the race network, Race Equality Forum. The judges unanimously voted that this organisation has successfully run the Tea Break solution and has committed to action in tackling race inequality. A further 43% of judges voted that the organisation provided “good” evidence in the following:

The Trailblazer status is acquired through achieving meaningful impact, not just action. 71% of the judges voted that the London Borough of Hammersmith and Fulham had taken further action since the Tea Breaks, with one judge praising that:

“Good action [was taken] directly on the back of employee voice and leadership intent… Step change is forming.”

The Borough measured impact anonymously and numerically through the use of polls and mentimeter during the Tea Breaks. This feedback facilitated further change, more frequent Tea Break meetings and advertisement of the meetings through the Race Equality Forum’s weekly newsletter, email system and staff intranet. Some of the impact achieved by the Borough includes:

One judge concluded that: “The initiative is definitely creating the space to have authentic and honest conversations about race/race equality.”.

Moving forward, the London Borough of Hammersmith and Fulham continue to uphold the “regular drumbeat” of Tea Break meetings. They also intend to expand the progress of the organisation, in accordance with the Race at Work Charter, and monitor progress through the Race at Work Charter dashboard and follow up on the launch of the Big Promise initiative which they launched during Race Equality Week.

The London Borough of Hammersmith and Fulham has demonstrated commitment and impact for change. Their Tea Break Trailblazer status echoes the impact felt by the organisation’s ethnically diverse employees. Celebrating our Trailblazer community will accelerate the change and momentum towards racial equality, through action not words.

impact, endorsement from ethnic background employees and share future plans; register your interest to be considered for the next round of trailblazers.