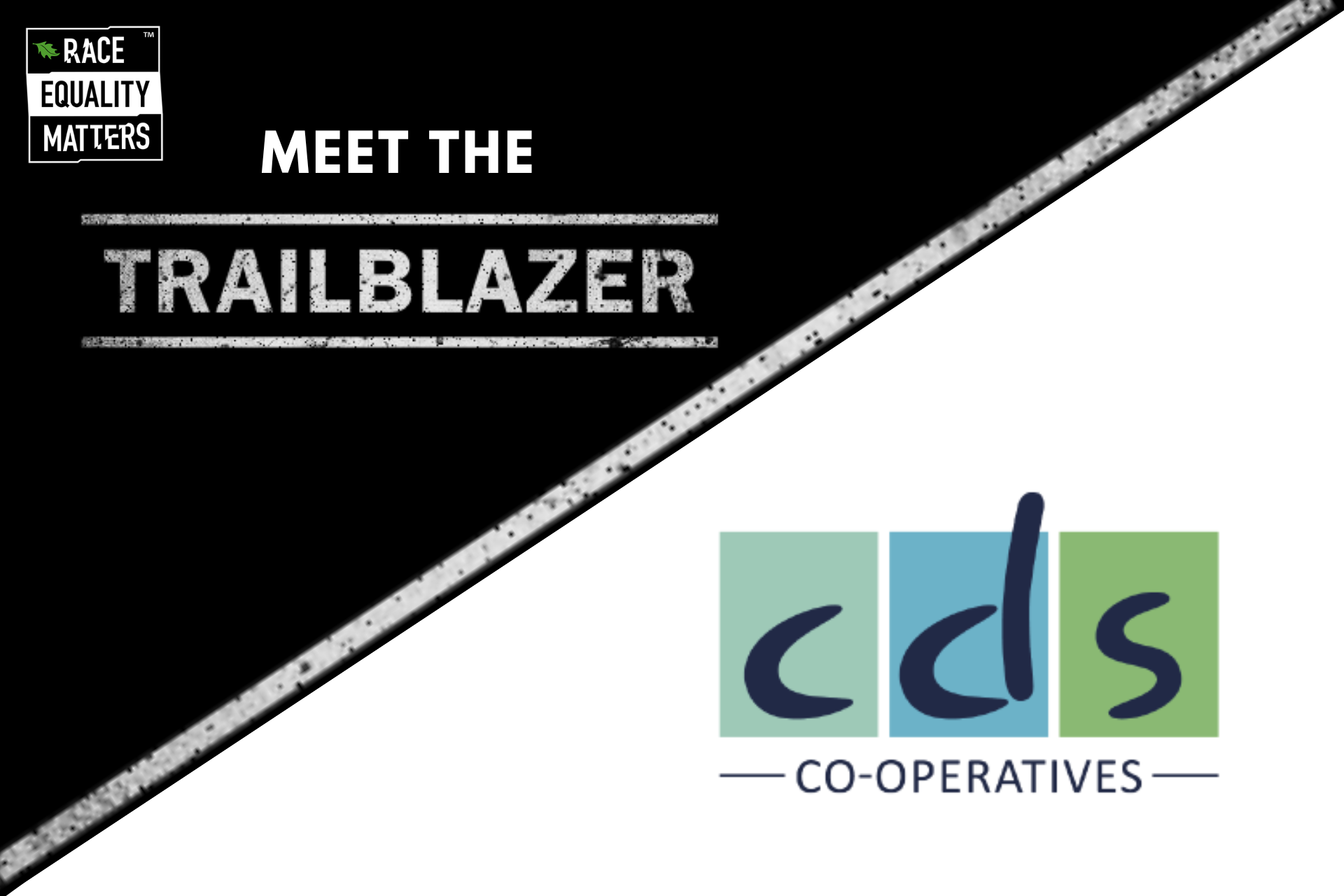 Race Equality Matters #MyNameIs, is a simple yet highly impactful solution to ensure everyone pronounces people’s names correctly. The campaign calls to normalise phonetic spelling in your email signature, meetings, name badges and more. In a recent poll, 73% of respondents from more than 100 organisations said they had their names mispronounced. They told us it made them feel ‘not valued or important’, ‘disrespected’ and ‘that they didn’t belong’. 88% of respondents thought a phonetic name spelling campaign would help tackle race inequality.

As a strong applicant in our first cohort of Trailblazer applications, CDS Co-operatives is making genuine steps in tackling racial inequality. The independent judges- all of whom are ethnically diverse- unanimously recognised the successful implementation of the #MyNameIs campaign within the organisation. With just 64% of applications being successful in this round, CDS Co-operatives’ action has withstood the rigour necessary to become a Trailblazer. Through this, other organisations can learn from and implement this in their own workplace.

CDS Co-operatives have successfully embedded the #MyNameIs initiative to further their journey in tackling race inequality. First implemented in March 2022, CDS Co-Operatives informed judges that they wanted to assist their diverse workforce through implementation of #MyNameIs to “promote our diversity, be allies and this became part of our zero tolerance to racism plan”. 80% of the judges voted the action taken by the organisation as “good” and #MyNameIs became embedded within this zero-tolerance policy through:

Alongside successful implementation of #MyNameIs, CDS Co-operatives also informed judges of the “huge” impact this had on the organisation. The launch event used videos from the campaign, facilitating conversations and the environment in which ethnically diverse employees shared lived experience for the first time. Feedback was also collected and received following the launch event, recognising the benefits of phonetic name spelling to improve inclusivity within the workplace. Judges praised the use of “personal experience” and “detailed examples” within the successful application, with another stating:

[It is] “Good to see that this is included in all new starters phonetics… Also to see that the video was powerful and resonated with a lot of staff during the launch.”

Moving forward, CDS Co-operatives continues to promote and utilise the #MyNameIs campaign. The use of #MyNameIs in staff joining forms demonstrates the sustainable impact this initiative will have on the organisation.

CDS Co-operatives has demonstrated commitment and impact for change. Their #MyNameIs Trailblazer status echoes the impact felt by the organisation’s ethnically diverse  employees. Celebrating our Trailblazer community will accelerate the change and momentum towards racial equality, through action not words.

If your organisation is driving change for Race Equality and you can demonstrate impact, endorsement from ethnic background employees and share future plans; register your interest for the next round of trailblazers on our website.

“When I was born in India, my parents gave me the name Hony, which is unusual in England and frequently pronounced differently. It was considerably harder for me because of my last name Premlal. The #MyNameIs campaign made it easier for our colleagues and other people to recognise me and hear my family story. I was pleased to see that the names of my colleagues were pronounced correctly in this campaign. When people pronounce your name correctly, it’s a wonderful experience. I am aware that many members of ethnic minorities go by Western names rather than their own to escape discrimination and racism. Initiatives like My Name campaign plays an important role in fostering diversity, inclusivity and equality and I am delighted that CDS has a zero tolerance to any forms of racism and are committed to empowering our staff.