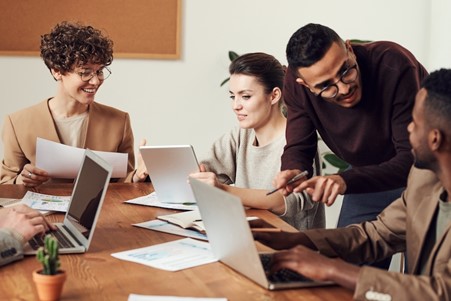 Javed Thomas: After a year that put race inequality in the spotlight, we must not go back to ‘normal’

The events of 2020 led to a collectively heightened consciousness of the racism, inequality and injustice experienced by people from ethnic minorities in the UK. Now we must change for the better

Last year was not just when Covid-19 laid the planet low. It was the year that millions of people around the world united in support for race equality, demanding change in societal attitudes towards, and treatment of, race.

The death of George Floyd and the unequal impact of Covid-19 on ethnic minorities were just two of the factors that led to Black Lives Matter protests and brought the issue of race inequality starkly to the fore.

If there’s one thing we can take from this, it is that current measures to end the problem are ineffective at best and PR puff at worst.

We are now at a point where there’s enormous momentum for change. We need to take this opportunity to break from ‘normal’ – and end the injustice and unfairness of the past.

After all, the current ‘normal’ is that 75 per cent of ethnic minorities experience racism in the workplace, a third of FTSE 100 companies have no ethnic minority board members, and graduates from minority backgrounds are likely to be unemployed.

This is why I partnered with the diversity consultancy and executive search experts Green Park to co-found Race Equality Matters, a not-for-profit movement designed to turn talk into purposeful action.

Race Equality Matters will go beyond reports and charters to create solutions and work with collaborating organisations, networks, individuals and experts to implement change that will have a lasting impact.

As part of this drive, we have launched the first Race Equality Week: a chance for organisations and their employees to bring about tangible change by participating in a combination of activities.

Race Equality Week runs from 1 to 7 February – if your charity believes in driving racial justice and creating a more equal future, this is the place to start.

One option is to participate in Safe Space: an initiative to enable uncomfortable conversations, facilitate difficult discussions and drive meaningful change.

Through Safe Space, ethnic minority employees can have difficult discussions about race inequality in their workplace in psychological safety and, together with the C-suite and the board, develop solutions to tackle the challenges they face.

These solutions must be actionable and measurable, with the board held accountable for their implementation.

Race Equality Matters has also launched The Big Promise: a public commitment made by individuals to take proactive anti-racist action, for which they will be held accountable by their peers.

Devised by our ethnic minority community, the promises form a bridge between lived experience, investment and decision-making, so that the actions taken make a real impact.

The final initiative is a UK-wide virtual badge campaign, a display of visible support for race equality. Organisations and individuals are encouraged to display the Race Equality Matters logo, with a downloadable badge for social media, a virtual background for video calls and an email signature.

Like the green ribbon for mental health or the pink ribbon for breast cancer awareness, this visible tool works to unite people and act as a catalyst for change.

If we are serious about driving sustained change, individuals and organisations must now commit to action. Let us make the future better – and not go back to normal.

This article was published in The Third Sector 02 February, 2021.